Simon specialises in contentious and non-contentious matters in the offshore oil and gas and insurance industries.

Simon acts for oil companies and offshore construction, installation and drilling contractors on negotiating contracts and resolving disputes in the offshore oil and gas industry and has a broad range of experience, having worked on projects in South East Asia, India, West Africa, East Africa, South America and the North Sea.  He has considerable experience advising on negotiations and resolving disputes under EPIC projects for FPSO’s, rig construction and repair contracts, shipbuilding contracts, FPSO conversion contracts, FLNG projects and FSRU projects.

His insurance work includes advising clients on a wide variety of classes of business from construction all risks and energy package policies to  hull and machinery, war risks, P&I, directors’ and officers’ liability, property and professional indemnity.

He has run high value and complex arbitration and litigation including the leading insurance case of Atlasnavios v Navigators where Simon acted for the underwriters who were successful before the Court of Appeal and Supreme Court.

He has received personal recognition for his work with the Law Society's "Solicitor of the Year (Private Practice)" Award for 2018.

Simon is a thought leader and co-author of “Offshore Construction: Law and Practice” (First Edition), published by Informa Law for Routledge, the Decommissioning Contracts Chapter in “Oil and Gas Decommissioning: Law Policy and Comparative Practice” (Second Edition) published by Globe Law and Business and the English law chapter in “Handbook on Additional Insureds” (Second Edition) published by the American Bar Association. Simon’s work has been described by industry professionals as “ground-breaking” and “a huge contribution to the limited literature in the field of oil and gas offshore contracts”. 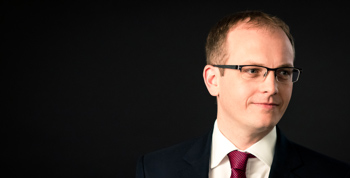 Liability for oil pollution from FPSOs: The North Sea

Download PDF Insight
© Stephenson Harwood LLP 2023. Information contained on this page is current as at the date of first publication and is for general information only. It is not intended to provide legal advice.